Cyclists like to test themselves. One of the most usual competitions takes place in a residential neighborhood near Dodgers Stadium. It is a very hilly area. There is a residential road named FARGO STREET with an insane incline of 32%. The objective of the competition is to make the most number of trips up the hill in one day. 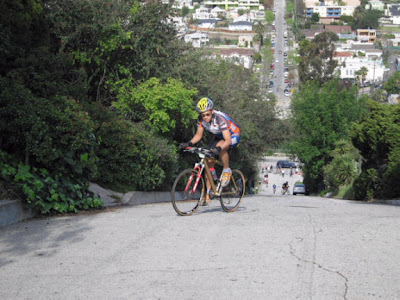 1 down, 50 more to go. AdoboVelo 'astig' Francis Marlon Ignacio tries to break the record for the number of trips up Fargo Street in an 8-hour span.

Usually, when the topography is hilly like that, engineers like to build ZIG-ZAG roads, which are easier for cars and pedestrians to travel. 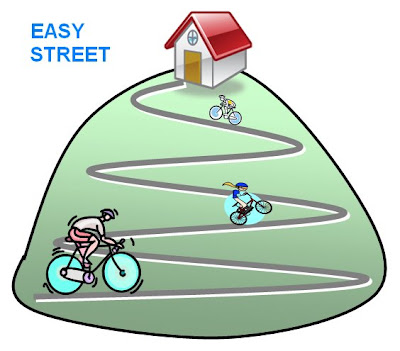 But what if the land is already partitioned into plots with ownership titles? 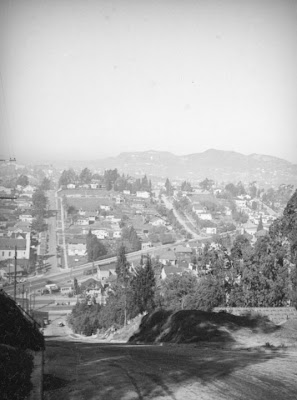 The land before paving.

In that case you can't build zig-zag roads anymore. What's left to do, is to build a road that's a straight line from bottom of the hill to the top. 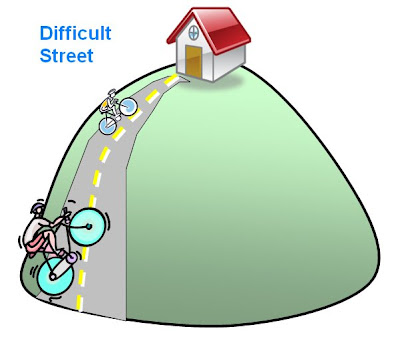 That is how FARGO STREET came to be. 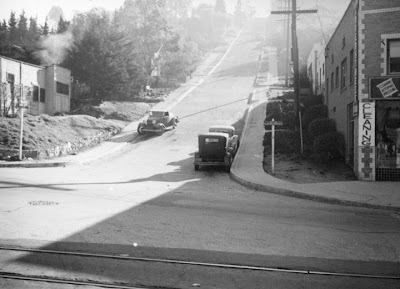 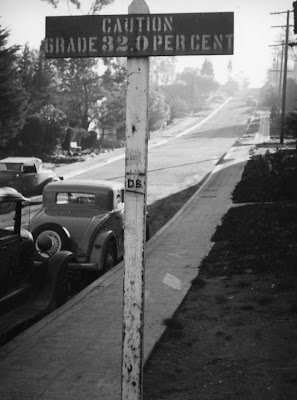 The sign says 32% Grade (meaning, 32 feet elevation gain for every 100 feet distance travelled on the road).

Let’s put that in perspective. Let's put that number into something that makes sense:

...... a basketball court is about 100 feet long (actually, exactly 94 feet long, but suppose let's add 6 feet to reflect the extra area where the posts are installed)

Now, use that 100-foot long basketball court as a ramp to the top of the 32-foot tall building. That’s what 32% Gradient is like. 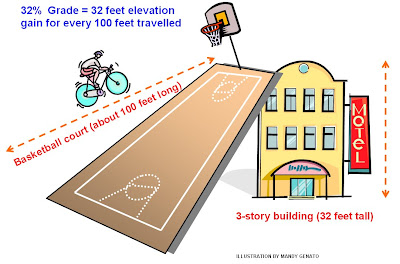 Now, keep that same 32% slope, but make it 2 blocks long. Climb it once. Climb it twice. Climb it 10 times. Climb it some more. That is the nature of the Fargo Street Climb competition held annually in March by the Los Angeles Wheelman. 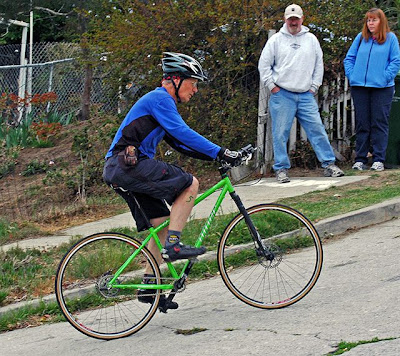 Above, Doug Kubler holds the record for most number of climbs at Fargo Street in one day. Check out his special single-gear. From the looks of it, we're guessing that's, maybe, a 24-tooth chainring in front and 34-tooth cog in the back.
In March 2007, Francis Marlon Ignacio set out to break Doug's 50-climb record. The previous year, Francis did 48 climbs, placing 3rd. So he figures, just add 3 more climbs, and he overtakes the record. 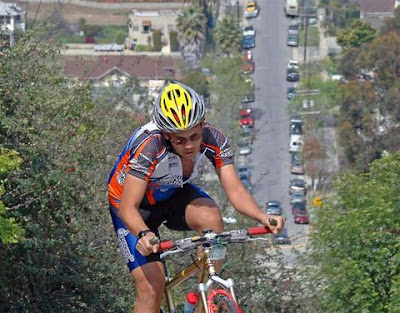 Here's a photo of Francis in 2006. The AdoboVelo jersey was not yet available then.
Almost 80 riders arrived at Fargo Street in March 2007 to try their strength. 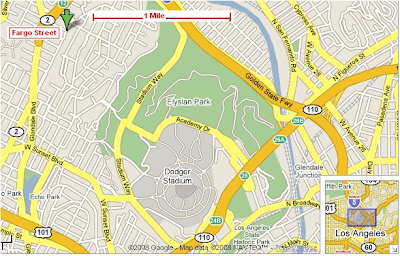 Above, a map of Fargo St, which is about 1 mile from Dodgers Stadium 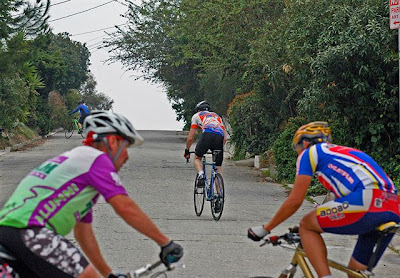 Above, Francis (in AdoboVelo jersey) mixes it up with other participants 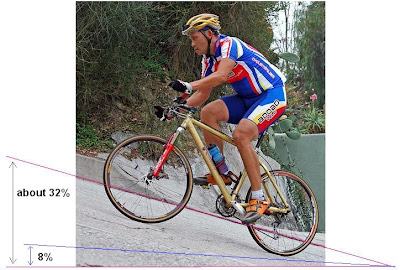 The above photo gives an idea of how steep 32% is, compared to the usual 8% for normal inclines
In the end, Francis did break 50. He made 51 climbs.

However, Douglas wanted to put the record beyond reach for a long time, so he did 80 climbs that same day. Monster.
(Author: Mandy Genato)