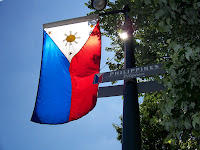 When Americans who are of Italian descent watch Olympic games, sometime they wave Italian flags along with the US flag. It's fun. American-Germans do that too. So do American Swedes, American-Armenians. And so on and so forth.

So there's nothing unusual about American-Filipinos of the Adobovelo club waving the Philippine flag at competitions held in Los Angeles. They're proud of their heritage.

The Philippine government has bigger priorities than supporting its athletes at world competitions. 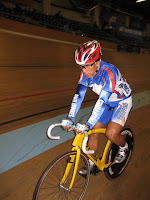 So, with a limited budget for sports teams, the Philippines must be very selective about which athletes it sends to the Olympics, Asian Games, and other world-class competitions.

And even then, the chosen athletes frequently must self-finance things like equipment and food, or find private benefactors.

Sometimes they borrow equipment to train. Simply put, the odds are stacked against the Philippine athlete.

At the Olympics or Asian Games, the Philippine government does not field a full slate at every event. It does not field just any Filipino athlete that has a gold medal at a local track meet. It must choose events where the athlete is at a world-class level.

So, merely being chosen on the Philippine Team roster for the Olympics or Asian Games is a big accomplishment by itself. Such is an honor held by AdoboVelo's own DEO ASUNCION.

At the 1982 Asian Games held at New Delhi, the Philippine Cycling Team fielded 5 cyclists , among whom was Deo Asuncion. 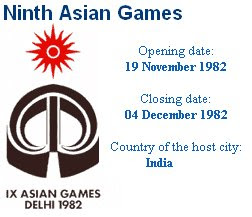 In Team Pursuit, two teams at a time compete on the track. A team has four cyclists. Each team starts at opposite ends of the track. They go around 16 times (totalling 4 kilometres). The objective is to catch (that is, to "lap") the other team. If neither is caught, then the method for choosing the victor is the teams' time (based on the third rider of the team to cross the line). Individual Pursuit is the same, but without team groupings.

The Points Race is a bit more complicated. It's a rolling start, meaning, all the cyclists are scattered on the oval when they start going, without a defined "starting line". Gradually, a "main group" naturally forms on the oval, which is very important! If you can lap the "main group" you get 20 points. If you are lapped by the main group you lose 20 points. You can also gather points at "sprint points" every 5 laps (or every 2KM in Elite), where the FIRST 4 riders are awarded points of 5, 3, 2 and 1.

Individual Time Trial, well, everyone knows what that is. You ride alone on the track, and go as hard as you can, and post a time. Fastest time wins.

Deo Asuncion was the only member entered in more than 1 event. He competed in sprint (where he was eliminated in the 1st round) and in the Points race, where he placed 18th in Heat 1, and then lost in later rounds. 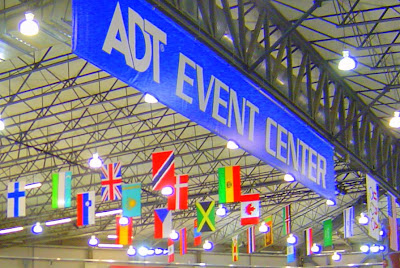 (Photo by Arden)
Deo represented the Philippines on his own dime and time. He competed in the Points Race. 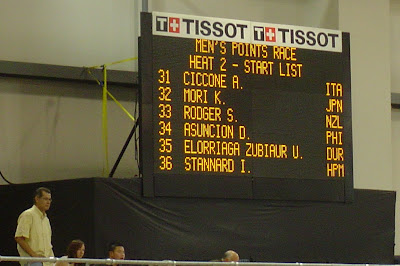 (Photo by Arden)
In Points Racing, a "main group" usually forms, as you can see in the photo below. 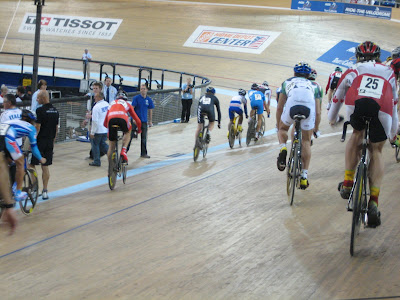 (Photo by Arden)
You earn 20 pts if you can break away and lap the main group. You can also earn points every 5 laps at the "points sprint", where the first 4 to cross the line are awarded points of 5, 3, 2 and 1. 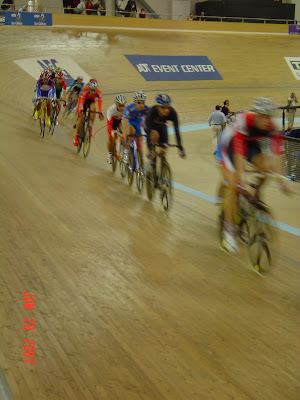 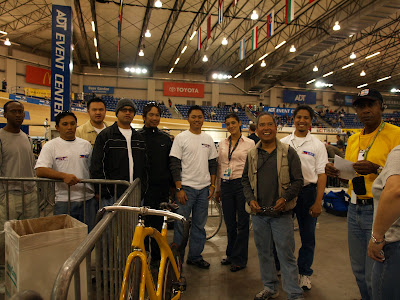 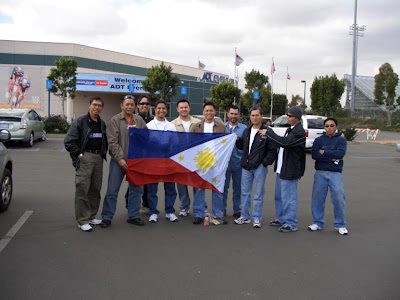 Below, Deo shown in the main group. 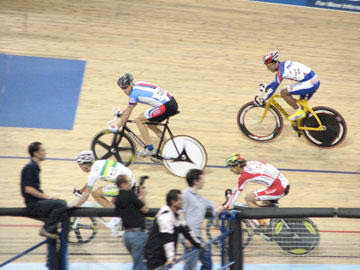 Below, Deo at the Home Depot track velodrom at Carson. 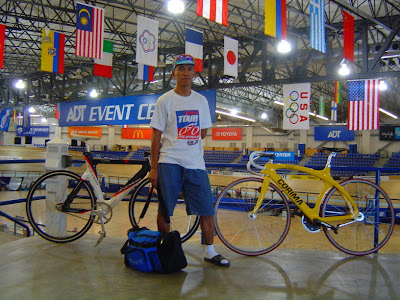 (Photo by Arden)
Below, ADOVOVELO members Arden Arindaeng and Louie Rivera are Official UCI volunteers. They hold up the AdoboVelo jersey with pride. 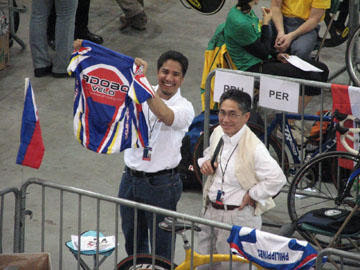 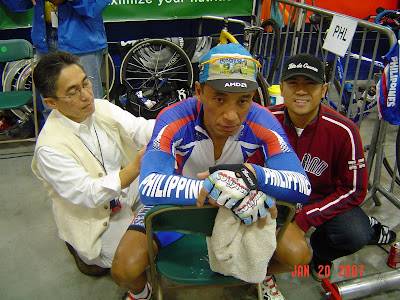 (Photo by Arden)
Below, Deo wears Bib# 34 in the Points Race 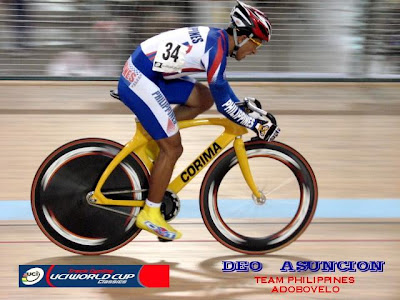 Below, Deo chases a rider in the Points Race 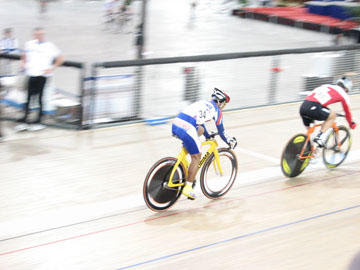 Below, Deo in the Points Race 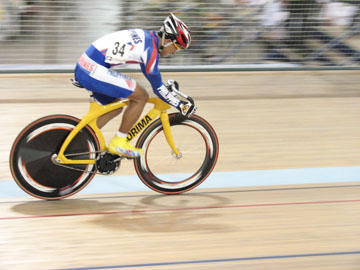 Below, Deo warming up before his event, the Points Race 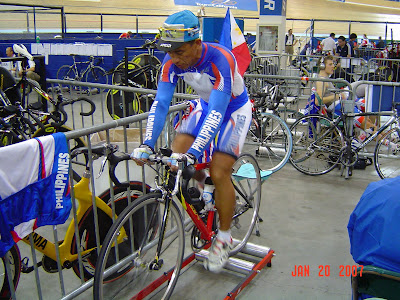 Below, Deo training at the velodrome 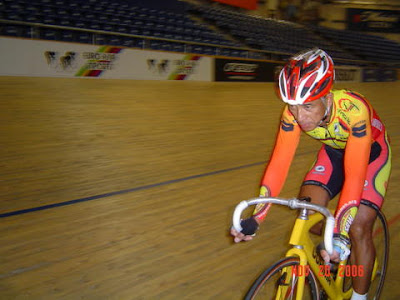 I am Carmela Serina from Team David's Salon (teamdavidsalon.multiply.com), a cycling team based in Manila. I will be spending 2 weeks in El Segundo and was wondering if you can recommend cycling camps near the area where I can train sometime in July. Please advise.

For reference, my personal site is dadzgrl.livejournal.com and my cycling coach is Coach Joselito 'Gado' Santos, former coach of the Philippine Cycling Team.

Thanks and hope to hear from you soon!